The following Act "..." by the legislature of the Island of Dominica has been submitted to the consideration of the Privy Council and does not appear liable to any objection size.
An Act to suspend for a limited period the operation of the first clause of the operation of the first clause of an Act "..." "An At to prevent the return to this island of Persons who were banished therefrom by Sentence of General Courts Martial "..." in the year 1795 for the Trial of Persons charged with High "..."

... and to prevent aliens as well whites as free Persons of Colour "..." sentiments "..." to His Majesty's Government from introducing and establishing themselves in this Colony and for other purposes as far as relates to the return of Gilbert Beautour and "..." Beautour banished under "..." of the said general Courts Martial.

I have the Honor to be
Sir,
your most obedient
Humble Servant
"..." 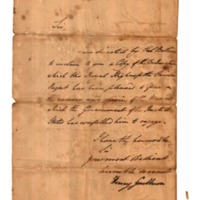 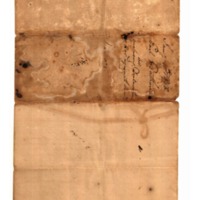 Copy the code below into your web page

Click below to view an image using the Zoom.it viewer.